One of the biggest changes that businesses have had to adapt to in the 21st century is the way that social media has changed the way they people interact with and form opinions about brands.

Chris Fitzsimons, roofing contractor and owner of Easton Roofing, has spent the past two decades earning a solid reputation in Massachusetts. But now, after just one misinformed Facebook post from the Mansfield Police Department his reputation, and the reputation of the company he has worked so hard to build, has been tainted.

The saga began just over a week ago on Tuesday when Fitzsimons received a text message from a friend who said there was a post on Facebook about his business and that he needed to see it right away. After he logged in, what he saw nearly took his breath away. “I went on there, I looked at it, and I was like, ‘what the hell is going on?’” Fitzsimons said.

On the facebook page for the Mansfield Police Department was a post that began with the phrase “Can anyone recommend a terrible contractor?” and included images of lawn signs from eight contractors, including Easton Roofing. While the post was meant to draw the public’s attention the dangers of hiring unlicensed contractors and protect them from being scammed, it has wound up shining a negative light on an unrelated and completely legitimate business.

Fitzsimons is both insured and licensed as a roofing contractor, and he runs a legitimate business and carries all of the requisite licensing, certification, and insurance that are required by state and local authorities. Understandably, he was shocked to see that he was being lumped in with these other companies, and was even more surprised that it was the police who were making such an allegation.

He went to the police station immediately on the night he discovered the post hoping he would be able to get things sorted out, but they told him that they would only take it down pending an investigation. By that time, however, the damage was already done. He said the post had “spread like a virus,” and was shared hundreds of times before it was removed.

The next day, the police concluded the investigation they promised in conjunction with the Massachusetts Executive Office of Labor and Workforce Development. This resulted in the police dept. removing the post, and issuing an apology to Fitzsimons.

“You work hard, you work 10-12 hour days, you get your business going and you’re supporting your family, and in a few clicks someone can destroy a whole reputation,” Fitzsimons said. “That just kills you …I work in small residential communities in Massachusetts, and most of my jobs are referrals,” Fitzsimons said. “But now when people think of Easton Roofing, it’s the first thing they think of — they may just skip over Easton Roofing and get estimates from five other guys.”

Founded in 1994, Easton Roofing was founded in 1994 and has completed hundreds of jobs, including residential work as well as prominent projects for the state and institutes like Stonehill College. On Google, its 36 reviews total 4.9 out of five stars. Fitzsimons himself still goes onto roofs with his 30 other workers to build and restore roofs, but for now, only time will tell whether he will be able to completely rebuild his reputation.

The upside for Fitzsimons and Easton Roofing is that, when the Facebook post went live, he received multiple calls from past clients who said they didn’t believe it was real. While the post damaged his reputation, no untrue social post can erase the tremendous amount of goodwill he has earned after serving his community so well for so long.

“A lot of the feedback I got was very positive from past customers who know me by my reputation,” Fitzsimons said. “The best way to protect a reputation is to start off with a good reputation and go from there. That comes from hard work and doing things the right way.” The takeaway for other businesses is to always provide the highest level of service to your customers, and work hard to earn goodwill, trust, and respect in the communities you serve. You really never know when you will need to “cash in” on this valuable resource.

How An Attorney Can Help With Your Hurricane Claim 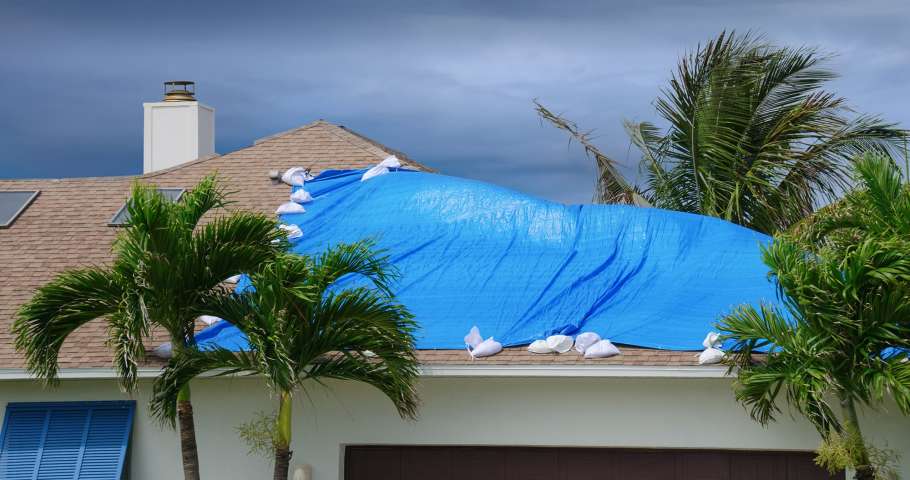 Get Your Roof Inspected